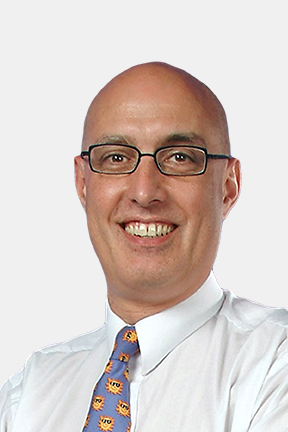 Drawing on many years of international experience Julian has played a key role in the translation of medical and health innovations having their genesis in academic or public research.

Working from executive and governance positions in Europe, Asia, North America and Australia, he has commercialised many products and technologies including drugs, vaccines, devices, diagnostics, processes and analytical instruments.

Through his consulting company, Squizzical Pty Ltd, Julian has assisted more than 100 research driven organisations in Australia with commercialisation.

He has been a Director of more than 20 boards, including UniQuest (University of Queensland commercialisation company), Currus Biologics, Cancer Trials Australia, BioGrid Australia, Nexpep, Alchemia, and MediTech. Recently he was Head of Business Development at the Walter and Eliza Hall Institute where he was responsible for the commercialisation of Venetoclax in one of the largest academic research commercialisation deals in Australia’s history.

Julian graduated from Flinders University with a University Medal, has a PhD from the University of Glasgow and was a post-doctoral fellow at the Karolinska Institute, Stockholm.

Julian’s contribution to research commercialisation is evidenced through being awarded a Doctor of the University (DU) from the University of South Australia and Fellow of the Academy of Technological and Engineering Sciences (FTSE).

His continuing impact will be seen through his mentoring of more than 100 early career researchers in research commercialisation, including being an Industry Mentoring Network in STEM (IMNIS) Mentor.

Julian is an independent advisor and reviewer for the CUREator Program, a translation investment program funded by MRFF and managed by Brandon Capital. 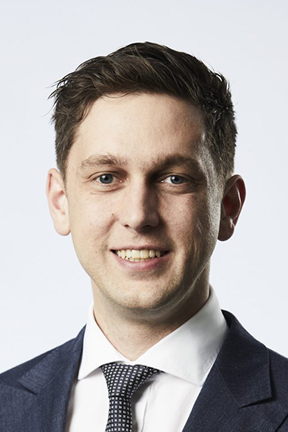 With a background in data science and entrepreneurship in the creative industries entrepreneurship, Anton specialises the intersection of technology and human interaction, and has been a leader in helping to set up the Creative Industries cluster at Lot Fourteen. Through Jumpgate VR, has experience working on VR / AR projects in the medical field, including the TACTICS project with the University of Newcastle, and works across a range of industries, including infrastructure, mining, high performance sport, and the arts.

Anton has served on the Entrepreneurship Advisory Board of South Australia since its inception, chairs the Adelaide Film Festival and serves on the Adelaide Symphony Orchestra Board, ACE Open Board and University of Adelaide Creativity and Culture Advisory Board. 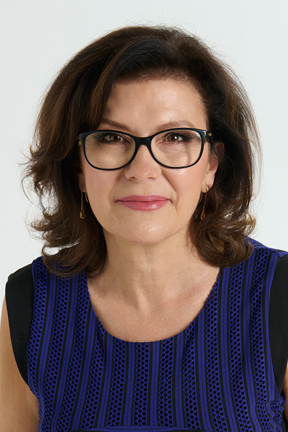 Nairy is a strategic marketer with a passion for innovation.

As a co-founder and director of Cogentum since 2008, Nairy has been working closely with Boards and management teams across a wide range of sectors including Consumer, Life Sciences, MedTech AgTech and InfoTech to de-risk their investment in innovation and maximise the success of new product introductions and growth. These engagements have resulted in the identification of new opportunities, the development of new strategies and the commercialisation of new products and services.

By fostering a strong market orientation and providing evidence-based insights, Nairy has created significant value for the users, customers and investors of innovative new products.

Nairy’s experience is in strategic marketing, customer and market insight and innovation planning.

Previously Nairy has been both a Principal Consultant in the Australian arm of Strategyn and an Executive Director of International Technology Partners Worldwide. Prior to her consulting career, Nairy spent 10 years in Strategic Marketing Management, Innovation and Customer Insight with some of the world's leading FMCG companies building brands that have stood the test of time. She has also spent over a decade in academia at both Monash University and RMIT University where she led the delivery of the Marketing Management, Product Innovation and Marketing Research streams, lectured extensively in South East Asia and implemented professional training programmes for large corporate clients.

Nairy holds a Bachelor of Business in Marketing from Monash University in Melbourne. 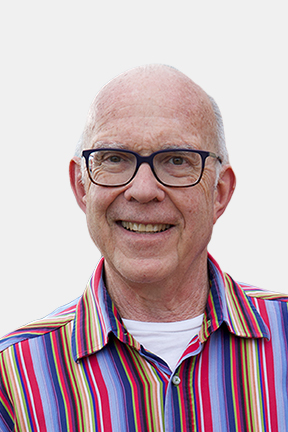 He works as an independent biotechnology consultant, serves as Senior Scientific Consultant to Certara, NJ, USA, Consultant to California-based BridGene Biosciences, and Co-Founder and Head of Discovery at Boston-based Parthenon Therapeutics.

For 4 years, until March 2021, he served as inaugural CEO of BioCurate, a joint startup initiative of Monash and Melbourne Universities.

At Amgen he highlighted the issue of research integrity and scientific reproducibility. He has presented on this subject to President Obama’s Science Council, the White House, US National Institutes of Health, US Academies of Science, US National Institute of Standards and Technology, Wellcome Trust, Australian NHMRC, and numerous Universities, Research Institutes and companies.

Prior to Amgen, he had over 20 years of clinical and research experience in medical oncology/hematology. His early research first described human G-CSF. In later clinical studies he first demonstrated that G-CSF-“mobilized” blood stem cells hastened hematopoietic recovery (so called “stem cell transplantation”).

His honors include being elected as the first Foreign Fellow to the American Society of Clinical Investigation (2000), the Association of American Physicians (2008), to the Research “Hall of Fame” at his alma mater, the Royal Melbourne Hospital (2014), to the Australian Academy of Health and Medical Sciences (2014). 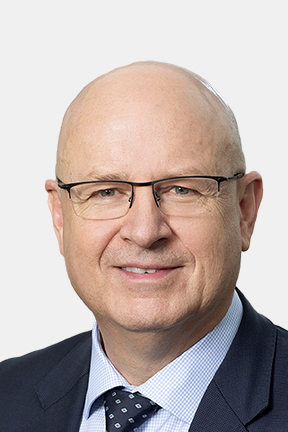 Dr Dan Grant has spent more than 25 years in senior roles in the pharmaceutical, higher education and medical research sectors.

Most recently, Dr Grant was the CEO and Managing Director of MTPConnect, Australia’s Industry Growth Centre for the medtech, biotech and pharmaceutical sector. Dr Grant was appointed as CEO of MTPConnect, in July 2018 when MTPConnect had a team of six and the organisation was responsible for its $15.6 million Growth Centre Project Fund and a $10 million granting program from the Medical Research Future Fund (MRFF). Dr Grant scaled MTPConnect to where it had more than $180 million in project funds under management, including five programs delivered for the MRFF and built a high performing team of 24. During his tenure as CEO, MTPConnect’s six strategic funding programs committed more than $95 million to 145 projects across Australia. These investments also yielded an additional $566 million in industry contributions and flow-on external investment.

Prior to joining MTPConnect in 2018, Dr Grant was the inaugural Pro Vice-Chancellor for Industry Engagement at La Trobe University where he had oversight of the university's innovation, commercialisation and industry engagement activities. During his tenure as Pro Vice-Chancellor, he established the La Trobe Accelerator Program, established La Trobe’s $5 million strategic investment fund and lead the revitalisation of La Trobe’s Research Park.

Dr Grant has also spent nine years as the Senior Director and Head of Pfizer's External Research and Development Innovation group for ANZ/Singapore and led their open innovation program.

Dr Grant has a PhD in Cardiovascular Physiology and an MBA. 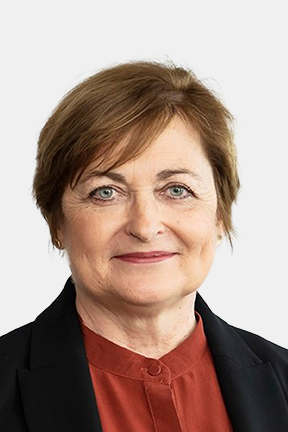 With over 35 years in the pharmaceutical and life science industries, Lusia is an experienced company Director, former CEO, technology developer and medtech entrepreneur, with strong leadership skills and international industry networks. She started her career as a Medical Laboratory Scientist before joining the Manufacturing Division of pharmaceutical company FH Faulding & Co (now Mayne Pharma). Lusia then went on to found medical technology innovation company LBT Innovations Limited (ASX:LBT) where she was Chief Executive Officer and Managing Director until 2016 and Chair of Clever Culture Systems, Zurich (LBT’s European joint venture company).

Lusia currently serves as: Chair of Neo-Bionica, a joint venture between the Bionics Institute and the University of Melbourne;  Independent Director at WearOptimo; and Chair of ALHI (the Australian Lung Health Initiative), a wholly owned subsidiary of 4DM Medical (ASX: 4DX). ALHI has received a $29 million MRFF grant to develop new generation lung diagnostics and is partnered with SAHMRI and the University of Adelaide. 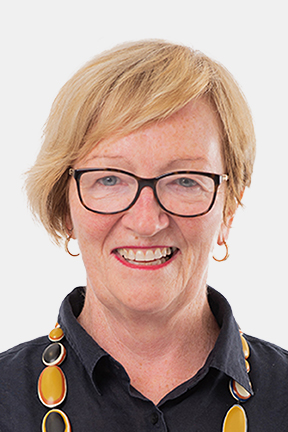 Ellen Kerrins has demonstrated capabilities in connecting with people and leading high performing teams. Having worked in government and not for profit sectors Ellen is adaptive, resilient and outcomes focused. With over 30 years’ experience as a leader, manager, executive and board director Ellen remains committed to public health. She has a broad range of competencies with expertise in research, nursing, cancer control, primary health care, ageing and workforce reform. Ellen is committed to working with consumer-focused health research organisations, health care providers and services.

Ellen is currently providing independent advice relevant to consumer and community engagement strategy. Recently she worked with Health Consumer Alliance SA and the Aged Care Royal Commission. Ellen has had a role with the Adelaide Biomedical City community advisory strategy since its inception. She also advises SAHMRI on the implementation of their consumer and community engagement strategy. Ellen has similar roles with the AHRA CCI, Robinson Research Institute, Breastscreen SA and participates in the NHMRC research review process. 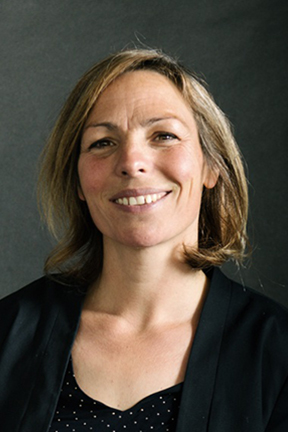 Yvette van Eenennaam is the CEO of the Adelaide BioMed City (ABMC) Innovation District, a $4.2 billion Health and Biomedical Innovation District in the heart of Adelaide. The district co-locates clinical and academic institutions, with cutting edge research, R&D intensive companies, start-ups and business incubators, all working together to drive collaboration, innovation, translation and commercialization for social and economic impact.

Yvette’s key focus is to expanding South Australia’s innovation economy through ABMC and the health and medical industry sector. Currently ABMC is expanding its capacity and accelerating efforts to bring about improved health care, new products and services to the community, locally and globally, by fostering industry and research collaborations.

Yvette is currently the independent chair of the South Australian Genomics Centre (SAGC) and a non- executive advisory board member for the Australian-Netherlands Chamber of Commerce (DutchSA).

Prior to moving to Adelaide, Yvette worked in Europe for large corporates where she held positions in senior leadership roles and (global) management teams, leading strategy, organisational development, change management and innovation.